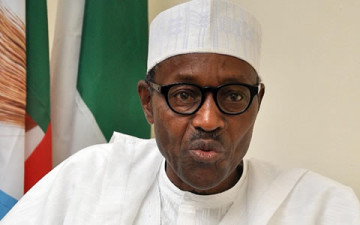 The President of the Federal Republic of Nigeria, Muhammadu Buhari, has indicated his readiness to partner with Ghana to fight corruption in the two countries.

He commended President Akufo-Addo for his efforts in fighting the canker which he said had become endemic.

“I congratulate both the government and parliament for quick passage of the office of the special prosecutor act and its signing into law. Your Excellency can be assured that you have a good partner in me as I look forward to any form of collaboration between Nigeria and Ghana in tackling the menace of endemic corruption,” he said.

While delivering an address as a special guest at Ghana’s 61st Independence Day celebration at the Independence Square in Accra on Tuesday, Buhari further said he was convinced Africa can successfully eradicate poverty and entrench democracy when its leadership is strengthened.

“Given all these public policies, it is reassuring that with the right leadership, Africa drives to eradicate poverty and entrench democracy is on course,” he added.

President Muhammadu Buhari who has defined corruption as the greatest form of human right violation has through various policies tried to root out corruption from his country especially within the public sector but analysts have described the progress as very slow.

In 2012, a local newspaper reported that Nigeria had lost close to $400 billion since independence in 1960.