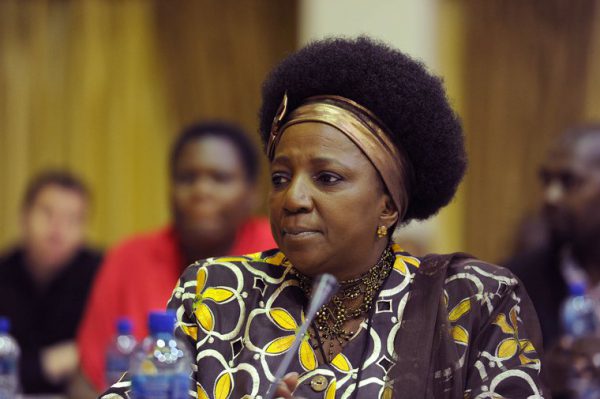 Marah Louw a South African singer and actress was this week a guest on the DJ Sbu Breakfast show where she shared her thoughts on the “bleaching phenomenon” and “black self-loathing”. She feels that weaves and bleaching go against people “insulting” what God has created.

A mutual exchange only happens on an “even playing field”, whereas appropriation involves pieces of an oppressed culture being taken out of context by a people who have historically oppressed those they are taking from, and who lack the cultural context to properly understand, respect, or utilize these elements.

Therefore as the social structure and power dynamic situates black people far below white people, any cultural exchange happening on this figurative ladder exists in a context of superiority and inferiority. In other words, white culture is imposed on, and not adopted by, black people.

And yet skin bleaching and weaves are a staple in post-colonial Africa at a time when the African narrative is shifting to one of cultural liberation.

In the past there have been scarce positive, honest media and pop cultural representations of black women. Because of this, generations have had to interpret whiteness as that which is normal and human and in some countries that bleaching was a way out of all the suffering. This is the disease of white supremacy and ultimate imposition.

The lack of positive and boldly African representations is proof that on all levels and industries blackness isn’t valued or accepted under white supremacy.  Africans themselves therefore have to adopt white standards in their own continent for ‘survival’. For example employers in beauty oriented fields are more likely to fill their quotas with women who are closer to the white beauty standard. Even when it comes to dating, men who have been socially conditioned by music and televisions color barrier opt for fairer skinned love interests.

Despite the still strong bindings of colonialism and neo-colonialism change is happening. Countries like Ghana have banned skin bleaching products making the practice harder to execute. Breakthrough stars such as Lupita Nyong’o are changing the landscape of the beauty industry, a fete made possible in conjunction with international models the elk of Alek Wek, Khoudia Diop and Philomena Kwao.

In matters hair the natural hair movement that has taken over mainstream and social media is liberating all black women globally by normalizing the black beauty standard. Women are embracing their hair as something unique and beautiful as it is.

The future of a black beauty standard is one that will emphasize skin colors and hair types that include all black women, especially those of darker skin who have so far been marginalized.