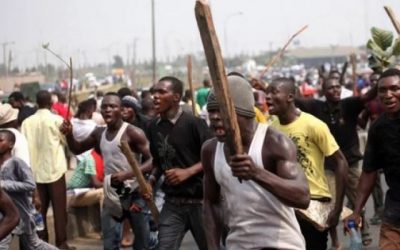 By working collectively and innovatively, the region can prevent the next security and humanitarian disaster.

In the coming weeks, West Africa’s terrorist groups are set to encroach further into Togo, Benin, and Ghana. This year’s presidential elections and their associated impact in Ivory Coast, Guinea, and Togo may create further tensions for terrorist groups to exploit. As part of the United States’ global retreat, military forces have departed from West Africa, leaving the Economic Community of West African States (Ecowas), France, and the G-5 Sahel to pick up the slack and attempt to prevent the spread of terrorism further into West Africa. But military force alone is not enough. West Africa must provide a test case for innovative and collective preventive diplomacy, which adapts to the growing risks, builds local resilience, and prevents the next security and humanitarian disaster.

In recent years, international diplomacy has failed in the face of devastating crises in Syria, Yemen, Mali, Burkina Faso, and Libya. More innovation, partnerships, and connections among state, local, and international governments are required to help prevent the spread of terrorism, which may exacerbate underlying political and ethnic vulnerabilities and drive an even larger humanitarian disaster. While no form of collective action is easy, a coalition of states, international, and local bodies must move beyond predominantly military action. The path forward requires working collectively and innovatively on development initiatives, local governance issues, and intelligence sharing.

This is likely to become only more urgent in the coming months. A combination of weak border security forces, the growing capabilities of terrorist groups in Burkina Faso, and an apparent interest in extending operations into neighboring countries all point to an increasing risk in Togo, Benin, and Ghana. For jihadi groups, including Jamaat Nasr al-Islam wal Muslimin (JNIM) and the Islamic State in the Greater Sahara (ISGS), financial incentives and prestige are attached to moving into neighboring countries. By establishing further control over parts of West Africa, they could access ports, control trade, and benefit from the funds generated. They could also attempt to gain control of the gold mining industry. Along with terrorist attacks designed to exploit political tensions and garner local support, there is potential for larger attention-grabbing attacks against Western interests, including mining companies, hotels, foreign businesses, and tourists in cities such as Cotonou and Porto Novo in Benin. 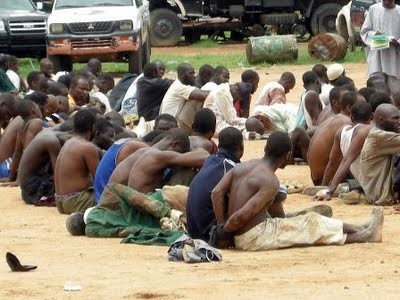 The movement of these groups into West Africa is aided by weak border controls, experienced smugglers, trafficking networks, and local corruption. West Africa is a major transit point for drugs smuggled from South America and Asia into Europe. Other goods such as people, migrants, and weapons are also trafficked across the borders.

A common criticism of the underresourced G-5 Sahel is that, while it is fighting fires and focusing on Burkina Faso and Mali, it is not looking at the bigger picture—including the likely spread of terrorism into Togo, Benin, and Ghana. Ecowas is divided and reluctant to share sensitive security information among participating nations. Meanwhile, the very factors that have aided the terrorist growth across Mali and Burkina Faso—including widespread poverty, lack of health and education opportunities, and ethnic tensions—are being replicated in neighboring countries, which are already vulnerable from a political and security perspective. The consequences of a severe shock such as a jihadi intervention could be catastrophic, in particular for Togo’s stability.

The consequences of a severe shock such as a jihadi intervention could be catastrophic.

Togo faces frequent land disputes and disagreements between local elites and others. Other underlying risk factors include common violence between farmers and herders, conflict around resource management, and extreme poverty. Togo was included in the Fund for Peace’s 2019 Fragile States Index as one of the five most at-risk countries. Benin also faces significant underlying vulnerabilities, which include high rates of poverty, factionalized ethnic groups, significant disparities between urban and rural populations, and high levels of illiteracy. These issues tend to erode citizens’ faith in their governments and often encourage them to seek alternative—and sometimes—radical ideologies. In both Togo and Ivory Coast, there is an absence of local-led initiatives that might otherwise provide opportunities for employment, training, and a better standard of living.

Then there are the human security implications. Burkina Faso is one of the world’s fastest-growing humanitarian and security disasters. Between Feb. 1 and 21, more than 150,000 people have been displaced primarily by jihadi groups. Armed attacks on civilians are rapidly increasing, and ethnic tensions have been inflamed and exploited by terrorist groups to boost their ranks.

To reduce the risk of further terrorist encroachment on West Africa, urgent action is needed from regional bodies in sub-Saharan Africa. The present situation is unlikely to be resolved by one actor alone.

Policymakers in the region need better intelligence—both local knowledge and research and analysis—on the decision-making capabilities, resources, and regional strategy of groups such as Ansaroul Islam and the Islamic State in West Africa. This would help neighboring countries not only disrupt planned attacks but also counteract movement of resources and propaganda. It would also provide a focus on the possible connections between people smugglers and terrorist groups. International partners such as the United Nations should support Ecowas in sharing timely intelligence and coordinating efforts to disrupt terrorist groups in their efforts to cross borders.

Meanwhile, international support, including from the United States and France, should focus on improving border security between West African countries. Border technology is improving and, at a minimum, should include more effective biometrics and enhanced training for border control agents. In the future, as drones become more accurate, they will also help manage border crossings and help prevent both weapons and people smuggling. The aim should be to better detect the cargo that is crossing borders, along with flagging those likely to be attached to terrorist groups who are attempting to cross.

Election-related violence has been a growing trend in African countries since the emergence of democracy in the continent in the early 1990s. It has led to many deaths and displacement of humankind. In Kenya, Ivory coast, Nigeria etc. Most of the elections held in Africa have been characterized by sporadic or prolonged violence and thousands of people have been killed and properties destroyed in countries like Sudan, Sierra Leone, Senegal, Gambia, Rwanda, Ghana, Liberia, Zimbabwe, Burundi, The Democratic Republic of Congo and others. Women and children are among the worst victims of war and violence resulting from election disturbances.

This observable but unfortunate trend is a pitfall to the survival of democracy and human security on the continent. 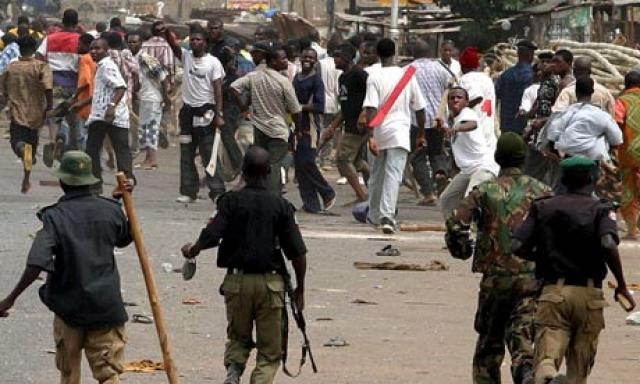 To prevent the menace, there is an urgent need to organize programmes that would unite and bring the country together, towards general elections such as the organization of peace and unity cup games and sensitization programmes.

Before elections, the organizations should make available Peace jerseys for political opponents and stakeholders to endorse and pledge for peace. This is to develop the public interest and interactions about the importance of unity towards one-nation before peace matches, backed by sensitization programmes with the aid of local media, to educate the public particularly the youth about the dangers of war and the need to stay away from all forms of violence.

More importantly, to conscientize the policy makers towards job creation to absorb the unemployed youth.

Organization of public forum and seminars involving stakeholders for peace and education against volatile speeches by political communicators.

Ghana has no doubt gained the reputation as the oasis of peace and stability through its smooth democratic transitions. The observable trend of political vigilantism where the youth take the law into their own hands in order to protect or advance their interest has been a pitfall to Ghana’s cherished democracy. Political vigilante groups have been used for violent protests, property destructions, intimidating voters, mounting roadblocks to prevent 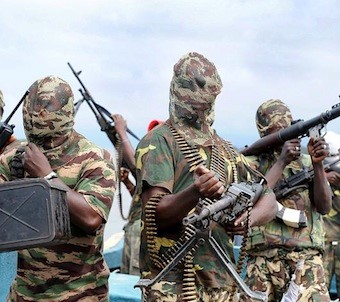 “outsiders” from observing polls, invading public premises, threats or assault their opponents, assassinate opponents etc. And it’s evidently clear that, the structure and embodiment of these vigilante groups are mainly from the poor muslim-Zongo communities within the urban cities in Ghana.

The emergence of the incumbent group like Boko Haram in Nigeria can be traced from such vigilantism groups and therefore the need for an international swift action to join the campaign of ending any form of violence within the spheres of Africa’s politics, before it generates to other forms of extremism.