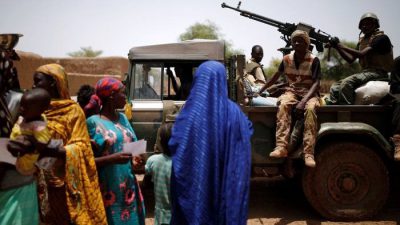 After bombings in Mombasa, Kenya, in 2002, against Israeli-linked targets, residents outside one of the city’s mosques read a newspaper for details of the attack, which was claimed by Al-Qaida. Photograph: Panos / Sven Torfinn

The government of Mali declared in early June that it would mount a “merciless struggle” against terrorist forces operating in the country’s far northern desert. President Amadou Toumani Touré vowed that the killers of a British hostage, murdered just a few days earlier, would not escape unpunished. Al-Qaida in the Islamic Maghreb (AQIM), a predominantly Algerian dissident group that had claimed credit for the execution, reacted a few days later by assassinating a colonel in the Malian intelligence service. Then within less than a week the Malian army launched its first major operations against AQIM bases near the northern border with Algeria, reportedly killing up to two dozen fighters. In subsequent clashes Mali lost some of its own troops. 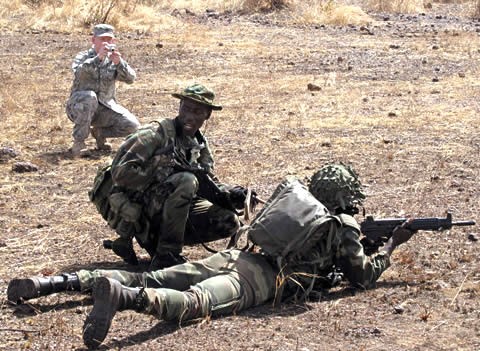 By directly engaging with AQIM, the Malian authorities demonstrated their willingness to respond to armed challenges with force. Yet Mali’s overall approach to conflict goes well beyond military reactions. Since the 1990s, Tuareg and other ethnic rebels have been active in Mali’s arid Sahel region. By considering their political and economic grievances, the government has succeeded in persuading many fighters to lay down their weapons.

The establishment of a democratic system in 1992 has facilitated political dialogue, and provides citizens with ways to peacefully air their concerns. Mali has a vibrant civil society and free press as well as a record of respecting human rights. Although the government has few financial resources, it has devoted much attention to trying to improve conditions for its poorest citizens.

Across Africa, other countries face similar challenges as they try to address immediate security threats while simultaneously pursuing long-range priorities. But because the continent confronts so many pressing problems, tackling terrorism has so far not taken a high profile, despite the calls to wage “war on terror” that have been so prominent internationally since the 11 September 2001 attacks in New York and Washington.

As Kenyan journalist Mutuma Mathiu summarized the common African view: “For people who have to work reasonably hard to put bread on the table, have to fight AIDS and the escalating cost of living, terrorism appears to be a distant threat. The threat of having nothing for dinner is more immediate.”

Recent moves by some major powers away from a narrowly militaristic response has now created space for a new approach, noted a group of experts on terrorism convened by the United Nations. A 3–4 June meeting of the experts in Addis Ababa, Ethiopia, stressed the importance of Africa’s becoming more engaged in efforts to counter terrorist activities on the continent. But it also highlighted the need to “strengthen the African voice in the global discussion on terrorism,” said Patrick Hayford, director of the UN’s Office of the Special Adviser on Africa (OSAA), which organized the event.

The participants noted that the adoption in 2006 of the UN Global Counter-Terrorism Strategy (see box) had marked a shift away from a “hard” military style in countering terrorism, towards a more nuanced approach that combines concerns over security with the pursuit of development and the promotion of human rights.

Along those lines, the experts welcomed US President Barack Obama’s moves to shed the rhetoric of the previous administration. That shift, they said, fosters a global climate that is more favourable to the UN’s strategy.

On 4 June — by coincidence the final day of the experts’ meeting — Mr. Obama was in Cairo for his first major address to the Islamic world. Although he touched on the events of 11 September, he did not use the charged word “terrorism” — which has been interpreted by some as anti-Muslim — and repeatedly emphasized the importance of dialogue for building broad alliances to counter extremist groups.

According to Congressman Donald Payne, who heads the House of Representatives’ subcommittee on Africa, broader US policy towards the continent will also shift. “This whole thing can’t be the US’s war on terror, whatever that was,” he said. Instead, the administration will “concentrate on things that would prevent terror, like higher education.”

John Brennan, the US president’s top adviser on counter-terrorism, has made the same point. In an address to the Centre for Strategic and International Studies in Washington in early August, he noted that when governments fail to ensure the well-being of their citizens, “people become more susceptible to ideologies of violence and death.” Therefore, he added, the administration’s approach to countering terrorism will include a “political, economic and social campaign to meet the basic needs and legitimate grievances of ordinary people.” 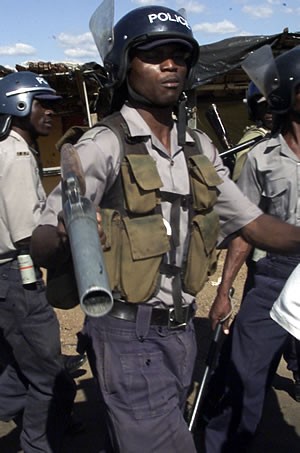 Attacks against innocent civilians by rebel groups and governments alike have long been features of armed conflicts in Africa. But it was the near-simultaneous truck bombings in August 1998 of the US embassies in Kenya and Tanzania, which claimed the lives of hundreds of Africans and some foreigners, that brought home the continent’s vulnerability to the activities of international terrorist networks, such as Al-Qaida.

The following year African leaders meeting in Algeria under the Organization of African Unity (OAU) adopted the Convention on the Prevention and Combating of Terrorism. Although it lacked strong enforcement powers, it nevertheless was the first continental treaty anywhere on countering terrorism. According to Martin Ewi and Kwesi Aning, two African experts on terrorism and conflict resolution, “At a time when the international community was starkly divided on the issue, the convention united African leaders behind a common position for negotiating an international convention.” Since then the OAU’s successor, the African Union, has further developed Africa’s continental approach.

Subsequent events demonstrated that groups using terrorist methods remain active across Africa. They have sometimes been able to move easily across poorly guarded borders, taken advantage of governments’ weak control over their territories and succeeded in recruiting among disaffected populations.

Such threats are spread unevenly across the continent, says Eric Rosand, co-director of the non-governmental Centre on Global Counterterrorism Cooperation in New York, who prepared a background paper for OSAA’s meeting in Addis Ababa. In recent decades some of the most persistent and deadliest attacks have taken place in North Africa, especially in Algeria, which suffered a debilitating civil war in the 1990s and spawned a number of groups, such as AQIM, that now operate beyond that country’s borders as well, even sending fighters as far as Iraq.

East Africa has also seen some dramatic incidents, not only the US embassy bombings but also subsequent attacks in Mombasa, Kenya. In northern Uganda the Lord’s Resistance Army, which claims fundamentalist Christian views, has systematically used terror methods by murdering, kidnapping and maiming people.

But it is Somalia, which has not had a functioning central government since 1991, that has aroused the greatest international concern over the strength of armed groups perceived as hostile to Western interests. A raid by US commandos into Somalia in September, which reportedly killed a suspected al-Qaida operative working with one of the Somali factions, showed that the new administration in Washington continues to view such forces as a threat.

West Africa has suffered relatively fewer attacks, reports Mr. Rosand, with the exception of Nigeria and the Sahelian countries of Chad, Mali, Mauritania and Niger, where AQIM is active.

Southern Africa has so far seen little terrorist action, apart from some bombings in South Africa, some of them by right-wing domestic groups. But there is evidence that some nationals from Southern Africa have joined groups abroad, and several suspects in attacks elsewhere are known to have passed through the region.

African governments had their own reasons to react to such threats. However, in the wake of the dramatic September 2001 attacks in the US, many governments felt pressure to adopt stringent anti-terrorism legislation and sign military agreements with the US and European countries.

This bred some resentment. According to Mr. Rosand, there is a widespread view in Africa that the initial Western-inspired international campaign against terrorism was “developed without the input of Africans, imposed from the outside.” In Nigeria, early efforts to introduce counter-terrorism laws met particularly stiff criticism in the predominantly Islamic northern states, where many viewed them as specifically targeted against Muslims.

Many African critics recall that not long ago the colonial authorities and the apartheid regime in South Africa routinely branded all their opponents as terrorists. In light of that experience, the 1999 OAU protocol against terrorism explicitly excluded struggles for liberation against colonialism, occupation and foreign domination from the definition of terrorist acts.

A number of analysts of terrorism in Africa have argued that external powers have too often disregarded such perceptions, and their actions have been seen as heavy-handed, especially in Somalia, the Sahel and other predominantly Muslim societies. While sometimes striking immediate blows against specific terrorist groups, such interventions, critics argue, have also alienated more moderate elements and even provided ammunition for terrorist recruiters.

In response to both domestic threats and external urging, numerous African governments have adopted laws to strengthen the ability of the police and courts to go after those who use terrorist methods. In many cases the measures were necessary to fill gaps in the legal code. Unfortunately, critics have pointed out, in some countries leaders have misused the legislation to suppress dissent or discredit political competitors.

In Egypt, Kenya, Nigeria, Uganda and elsewhere, argues Samuel Makinda, a Kenyan professor of security and international relations in Australia, new anti-terrorism laws are mostly technical and legal in nature, intended to tighten financial and border controls or protect communications and other infrastructure. But some laws are so broad that they have gone “far beyond constraining terrorism” and could instead “erode human rights and civil liberties.”

Riot police in Zimbabwe: Some governments