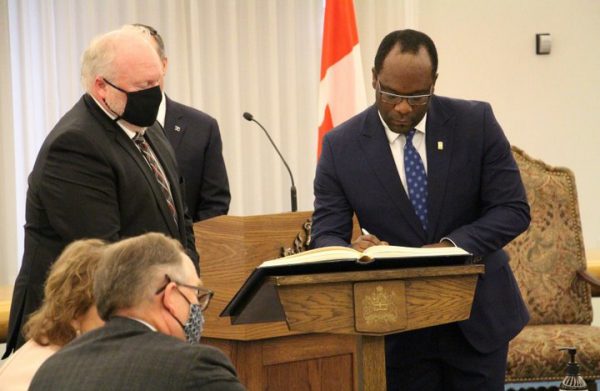 Kaycee (Kelechi) Madu is a Canadian politician who was elected in the 2019 Alberta general election to the Legislative Assembly of Alberta representing the electoral district of Edmonton-South West. On 30 April 2019, Madu was appointed to the Executive Council of Alberta as the Minister of Municipal Affairs and held that role until August 25, 2020, when he was appointed Minister of Justice and Solicitor General. On March 4, 2020, Kaycee Madu was designated as a Queen’s Counsel by the Lieutenant Governor of Alberta via an Order-in-Council.

Queen’s Counsel is the highest honour awarded to lawyers who have made significant contributions to the advancement of law and society. Thank you, everyone, for all the well wishes. I am beyond humbled to accept my new role as Minister of Justice and Solicitor General – where I will pursue fairness, equality, and justice for all with every ounce of strength I have.