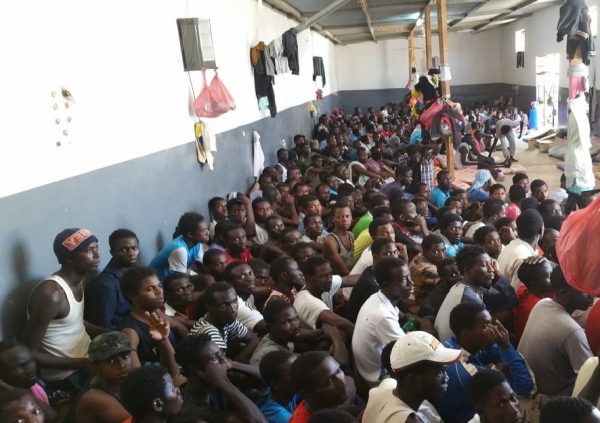 Canada has resettled over 150 African migrants stranded in Libya since the 2017 CNN slave trade expose that showed smugglers auctioning migrants off as slaves outside Tripoli.

Canada’s immigration minister, Ahmed Hussen, confirmed the country’s resettlement programme to local media Global News on Wednesday saying at least 600 migrants will be resettled in Canada over the next two years.

After the 2017 CNN report, “Canada was one of the few countries to step up to work with the UNHCR to resettle these refugees directly from Libya and offer them a new home in Canada,” said Hussen.

“To date, we have resettled more than 150 people and over the next two years, we anticipate more than 600 people will come to Canada under our regular refugee resettlement program,” he added.

Some of the resettled migrants were captured by smugglers and sold into slavery while trying to transit through Libya to Europe. Others were detained by Libyan officials in government-run migrant detention centres in the capital where they faced abuse and malnutrition.

“We are also taking action to resettle 100 refugees from Niger, rescued from Libyan migrant detention centres, including victims of human smuggling. Some people have already begun to arrive in Canada and processing for remaining individuals is underway,” Hussen was quoted by the Global News.

The report added that the resettlement of the 150 migrants to Canada was not announced because it was not done under the special resettlement programme used for Syrian and Yazidi refugees.

Early this year, Canada announced that it is opening its borders to one million more immigrants by 2020.

In November 2017, there was worldwide outrage over the video aired by CNN showing migrants being sold in Libya. Demonstrations were held in some African countries, Europe and the United States to elicit a swift action by world leaders.

The Libyan government said it will investigate the migrant slave auctions after pressure to find the perpetrators – believed to include government officials.

The footage showed about 10 men being sold for $400 as farm labourers in a night auction in the country where smugglers are reported to have robbed, kidnapped, abused and killed migrants who are unable to pay for their freedom.

Amnesty International implicated Italy in its report for the abuse of migrants who were mainly from Nigeria.

The report accused them of providing technical support to the Libyan department that runs the detention centres, enabling the Libyan Coast Guard to intercept people at sea and striking deals with local authorities, tribal leaders and armed groups to stop the smuggling of people and increase border controls.

It cited a footage that showed a boat called the Ras Jadir donated by Italy in April 2017, being used by the Libyan Coast Guard during a deadly incident on November 6, 2017 resulting in the drowning of about 50 people.

Amnesty International called on the European Union to insist that the Libyan authorities end the policy and practice of arbitrary arrests and detention of refugees and migrants, immediately release all foreign nationals held in the detention centres, and allow the UNHCR to operate unhindered.