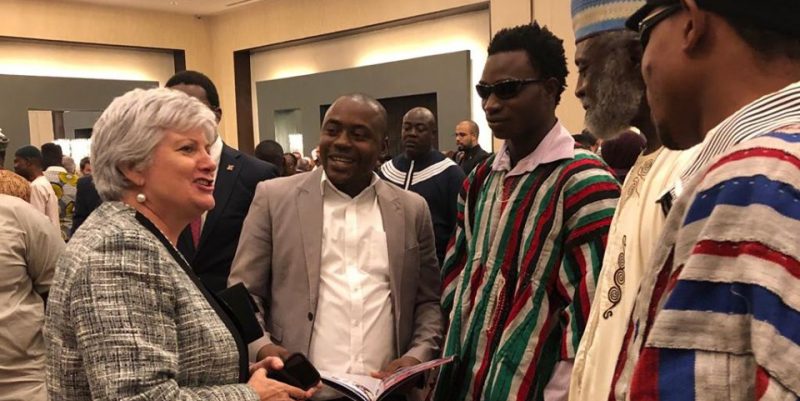 The observable trend of political vigilantism where the youth take the law into their own hands in order to protect or advance their interests has been a pitfall to Ghana’s cherished democracy. Political vigilante groups have been used for violent protests, property destruction, intimidating voters, mounting roadblocks to prevent “outsiders” from observing polls, invading public premises, threaten or assault opponents, assassinate opponents etc.

The two political heavy weights of Ghana’s multi-party democracy, the New Patriotic Party and National Democratic Congress, continue to accuse each other as to who form and use vigilante groups in the name of partisan politics. But what is evidently clear is that the structure and embodiment of these vigilante groups are mainly from the poor Zongo communities within the urban cities. 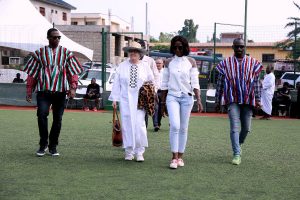 Following the unfortunate violence and riots that occurred at the Ayawaso West Wuogon constituency bye-elections January 31, 2019, after the sudden death of the Member of Parliament for that Constituency, the Emile Short Commission was created to examine the cause of the violence and make appropriate recommendations. Many of the names mentioned by witnesses who appeared by the Commission’s hearing could be linked to the Zongo communities.

The rate at which the political vigilantism menace is gradually eating into the fabric of the Zongo communities and the unemployed youths of Ghana compelled the sports arm of the Humanity Magazine, called Football for Humanity, to organized a unity football match between Kumasi Zongo and Accra Zongo at the Wembley stadium in kotobaabi a suburb of Accra. The football match was used to create the awareness and prevention of vigilantism in Ghana.

The beautiful football game which ended in a pulsating 4-4 had to be settled on penalties which went in favour of Accra Zongo. The match would be greatly remembered by liveliness and action of the USA Ambassador to Ghana, Mrs Stephanie Sullivan, whose presence dominated the event right after the national anthem was sang to begin proceedings. She enjoyed every minutes of the game, cheering on and clapping for the players. During the break she used the opportunity o send a message of peace to the public, indicating how glad she is to be part of a football program to promote violence free Ghana.The diplomat actively played soccer, lacrosse and ice hockey during her days in college. Dressed in Caftan African clothe, Mrs Sullivan’s enthusiasm for the event was no exaggeration making her the audience favorites. The pictures and selfies taken with the Ambassador on the No-to-Vigilantism event became popular on the various social media platforms sending a positive impact of the campaign which encouraged many to join the awareness creation.

On his part, the founder of Humanity Magazine, Mr. Yahaya Alhassan, also praised the U.A.E Ambassador to Ghana, Mr. Khalifa Al Zaber, and Ambassador Sullivan for their remarkable contribution to the event. He remarked, “you have set the important stage for social interactions and awareness to how the youth of Zongo communities should not be used or seen as thugs of political violence but vanguards of the public good.” Mr. Yahaya expressed the hope that the “Azorka Boys” and the “Hawks” vigilante groups who are in alliance with the National Democratic Congress, and the “Invincible Forces” and “Delta Forces” groups aligned with the New Patriotic Party, would totally be disbanded and excluded in any political activity in Ghana.

Ambassador Sullivan began her career with service in The Peace Corps, working in the Democratic Republic of Congo (then Zaire) from 1980 to 1983, teaching English in Mbanza Mboma.

When she embarked on a career as a U.S. diplomat, Sullivan returned to Africa, serving as a consular and political officer in Cameroon from 1986 to 1988. In 1988 she began the first of several tours with the Executive Secretariat Operations Center. Other assignments included serving as Chief of Operations for the Africa Region of Peace Corps from 1994 to 96, as well as a role as Political Chief at the U.S. Embassy in Ghana. Just before accepting the role as Ambassador, she served two years as Chief of Staff to the Deputy Secretary of State for Management and Resources.

Sullivan was nominated as Ambassador to Ghana by President Donald Trump on July 9, 2018 and confirmed by the U.S. Senate on September 6, 2018. She presented her credentials to President Nana Addo Dankwa Akufo-Addo on January 23, 2019.