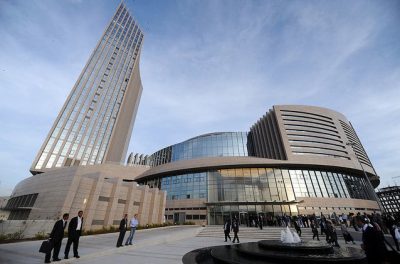 April 11: Africa protests Chinese mistreatment with Nigeria in the lead

Reports of mistreatment meted out to Africans in the Chinese city of Guangzhou has drawn the ire of a number of people on social media. Nigerian government summoned the Chinese ambassador to express their protest.

After the meeting between the Foreign Minister and the ambassador, the Speaker of the lower house of parliament also piled more pressure when he chided the ambassador in a separate meeting on Thursday.

The Chinese Foreign Ministry Spokesperson insisted that relations between the country and Africa remained robust despite the latest round of friction.

“FM Spokesperson Zhao Lijian said: ‘China and African countries are united more than ever, demonstrating brotherhood in times of adversity. We treat all foreign nationals equally in China. We reject differential treatment, and we have zero tolerance for discrimination’,” the embassy tweeted.

On Saturday, the African Union Commission Chairperson also tweeted that his office had summoned the Chinese envoy to the AU over the recent reports.

“My Office invited the Chinese Ambassador to the AU, Mr Liu Yuxi, to express our extreme concern at allegations of maltreatment of Africans in Guangzhou plus called for immediate remedial measures in line with our excellent relations. The African group in Beijing is also engaging with the govt,” AUC chair Moussa Faki Mahamat posted on Twitter.